Skip to content
This one can, and he does it with a lot of French chic. Check out the now iconic BeauEr 3X travel trailer, which can grow to the size of a cottage in camp, tripling its footprint and offering tiny home-like facilities.

The BeauEr 3X has been around for a decade and was first introduced as a concept. This concept, from the French inventor Eric Beau, became a prototype which is now on display at the Hymer Museum in Germany, and paved the way for a whole range of extendable motorhomes sharing the same characteristics: the extendable frame, materials of high quality, and the full range of amenities.

The 3X made its debut in the French market a few years later, and it became so successful that international expansion quickly occurred. Today, it’s available across Europe, as well as China and the United States, with base prices starting at around $ 35,000 and going as high as the buyer’s budget allows, as many options are also available.

The idea of ​​the 3X is extremely appealing: what if you could get a light and compact trailer that could be towed by most passenger cars, but that would contain all the amenities of a real home once at camp? The inspiration for its rounded shape came from the small and winding campers of the 60s, such as the Escargot, the Bourreau Sologne or the Georges et Jacques. It was then given a modern twist in the actuators which moved two slides sideways, effectively tripling the floor space inside.

Due to its most popular selling point of being able to fold into itself before towing, the interior is minimalist in style as all furniture tucks away during transport. Still, it’s chic and high-quality: you get high-pressure laminates for the finishes and a variety of materials from faux leather to chicer, more comfortable alternatives like plush. The rounded ceiling further limits storage space, but manufacturers are still able to offer an accessible pantry and closet on either side.

The kitchen is in the middle, with the kitchen block being the only part that doesn’t move in either configuration. You get a two-burner stove and sink, a full-size refrigerator, plenty of workspace, and, in units like those shipped to the UK, an oven.

The bathroom, on the other hand, is what it is, as one British reviewer so graciously puts it in one of the videos below. It is a wet bath which is cramped but complete, with a sink and toilet, and even a hand shower. On the plus side, you can customize it by including options like a composting toilet or a separate shower.

The bedroom offers storage on the ground floor – and not much else. When working with such a small space, it’s best to temper expectations of just getting the basic, which in this case is a comfy mattress to get a good night’s sleep after a day of wandering around. The living room sofa, which can accommodate five people around a removable table, also expands to become a double bed.

As noted above, depending on where you are, prices for this trailer start at around $ 35,000. You can add reversible heating and air conditioning, a water heater, a bike rack, solar panels, awnings and other things, which means the final tally will be almost double. A larger (3X Plus) and a smaller (2X) model are also available.

The BeauEr 3X isn’t for everyone, and the price is only part of the reason for that. Still, it’s a lovely way to spend a week’s vacation away from everyone else, in relative comfort, and in the company of three other people. It’s also a great way to make friends at camp, as everyone will want to discuss it with you. 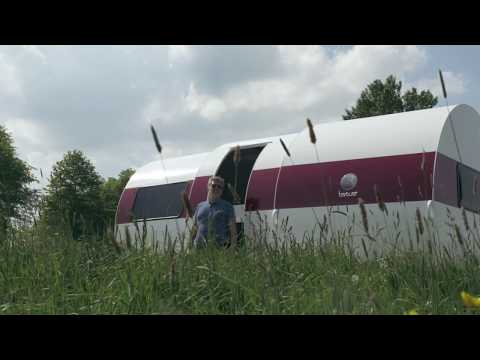 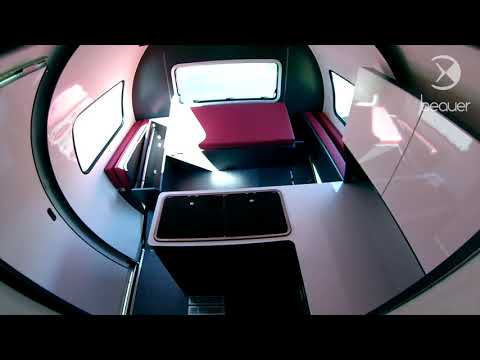 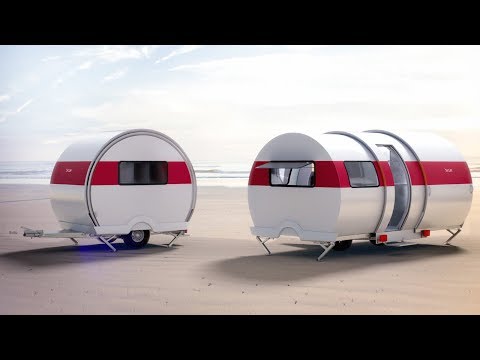 Sonic the Hedgehog 2 movie trailer: first look at Knuckles and his powers

Paramount Pictures unveils the Sonic the hedgehog 2 trailer for the film, giving a first look at the sequel to the hit video game adaptation. The 2020 film sequel sees Dr. Robotnik, now known as Dr. Eggman, return from the mushroom planet with a new partner to Knuckles the Echidna as they search for the […]

images: Ryan J. Take a look at these images of the upcoming 2023 Toyota Sequoia prototype towing a large trailer near Phoenix, Arizona. Thanks to Ryan J. for allowing us to use these images here. All the unofficial information we have so far suggests that the next Sequoia will be based on the new chassis […]

Syfy Insider Exclusive Create a free profile to get unlimited access to exclusive videos, sweepstakes and more! Register for free to see It’s easy to get distracted by Marvel Studios’ ever-expanding slate, but Warner Bros. is here to remind us all that DC is releasing the big guns in 2022 – and this look at […]